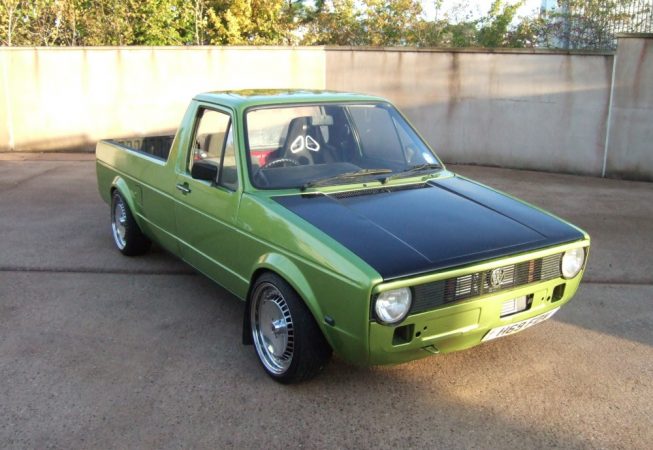 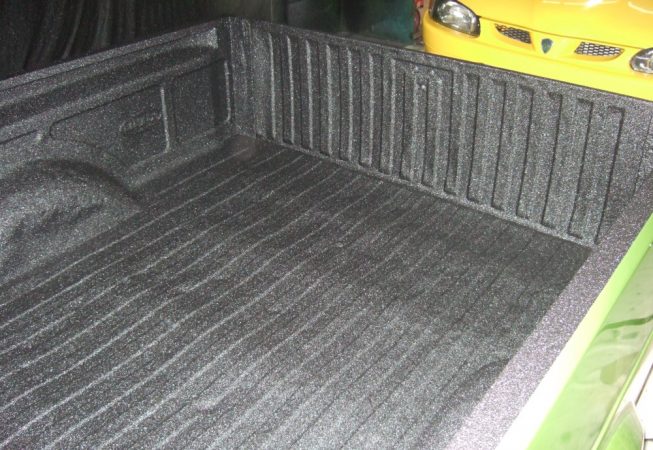 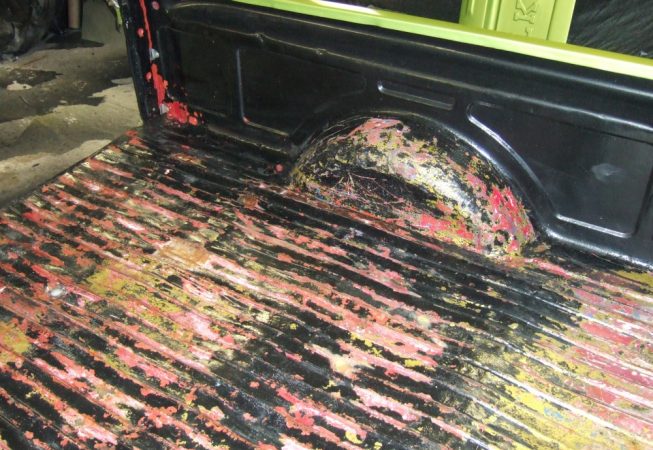 Pick ups have always been a popular second hand vehicle, increasingly so considering the lengthy waiting list for some new trucks.

The garage offering this second hand Pick up for sale, had a problem with the damaged load area, as it had previously been regularly used for light work and bore the scars for everyone to see. Scratches, dings, rust and corrosion were just some of the problems.

The truck was sent to the local LINE-X dealer who used LINE-X XS-100 to give the vehicle a new lease of life.

The preparation took slightly longer than usual due to the condition of the pick up, but was still completed by one man in less than 4 hours. LINE-X XS-100 was sprayed to cover the whole of the cargo area and the rails.

The garage was very happy with the work that was done. Not only did they have a Pick up that no longer looked like it had had a hard life, but they also knew that it was protected from anything that its next owner was likely to throw at it.

The factory finished textured look completely covered the previous marks on the vehicle and now it had a new impact absorbing protective coating ready for its new life somewhere else. 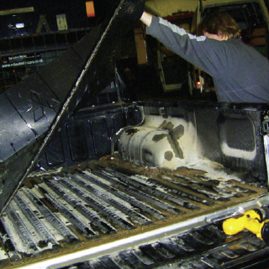 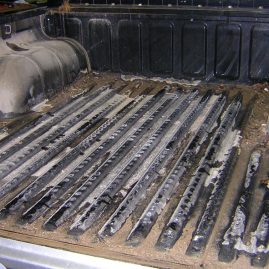 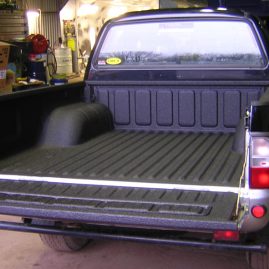 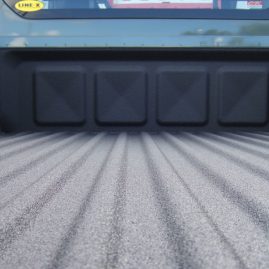 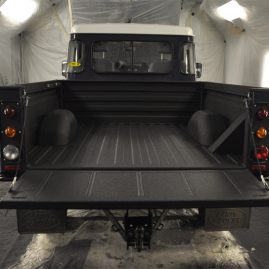