When Jesse James and the crew from Discovery Channels’ hit TV show “Monster Garage” look for protection, they choose Line-X.

To date, Line-X has sprayed four project vehicles for the show.
The first project “Skool Bus” (a converted School Bus, which transforms into a pontoon boat) was sprayed to create a watertight seal, and protect the sheet-metal sides from docking mis-haps.

Next, the “Wedding Chapel” (a 1993 Chevy Suburban turned mobile chapel) was sprayed bright red throughout the entire interior protecting the bride from slipping down the isle.

The third project Jesse had some help from Pro Skateboarder Tony Hawk, and Pro Freestyle Bicycle great Rick Thorne. The “RV Skatepark” is a mobile “half-pipe” created from a 1988 32’ RV. Line-X was called in to coat the outside of the “park” to insure the structure from rust and corrosion

The forth “Monster” is the tuffest one to date. Jesse’s “Rock Crawler” is based from a 1968 Ford Bronco, and is capable to climb over anything that you put in front of it. Jesse again chooses Line-X to protect the “Monster” from large rocks, and harsh bushes. The Line-X keeps the sheet- metal straight, and the paint looking good.

After working with Line-X on the Monster Garage projects throughout the last year, Jesse made the one decision that he, along with thousands of other truck owners all across the country do… He had his personal truck sprayed with Line-X 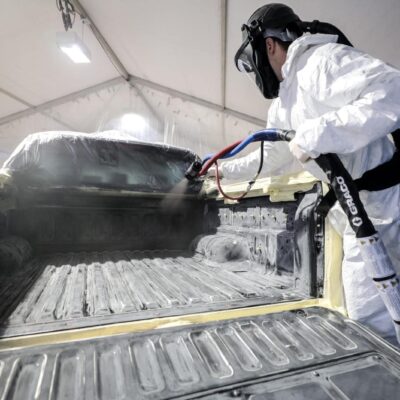 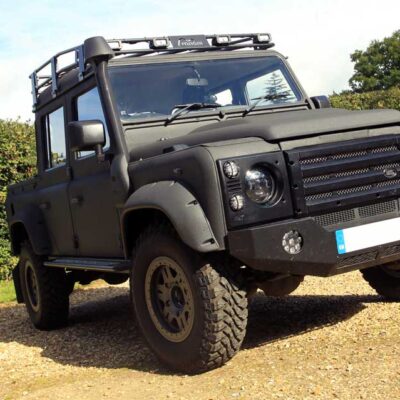